History of the Hudson Powerboat Association

The Hudson Power Boat Association has been a part of the Hudson NY community and riverfront for over 70 years. Its 110 plus members are rightly proud of all that has been accomplished while building fellowship and providing stewardship of the this stretch of the mighty Hudson River. 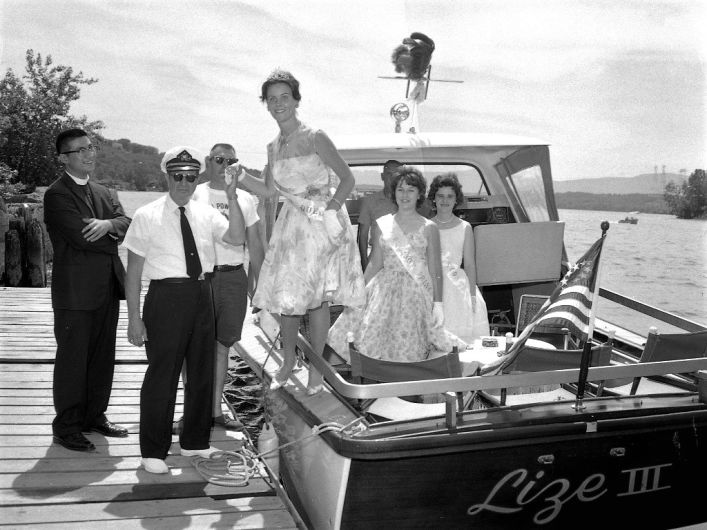 The club was the idea of 15 boatmen who met in April of 1950 at the Polish Sportsmans Club in Greenport with the intention of promoting motor boat racing on the river. These post-war years were the times of small wooden outboards made from plywood kits and increasing leisure time for growing families.

The group included those that would become the HPBA’s first officers: Ted Chidester, Harold Niver, Cy Schmid and Cliff Bame. An article in the Hudson Register newspaper of May 16, 1950 announced that the property of the Hudson River Day Line company would be sold to the Hudson Power Boat Association including the waiting room, ticket office, and parking lot. The group would be affiliated with the American Power Boat Association and hoped to be involved with the Albany to New York power boat races.
The club soon grew to 31 members. By January 15th, 1951 commodore Ted Chidester reported that 110 people had attended the first annual meeting at the Paramount Grill in Hudson. A special meeting was held on January 22 of that year to draw up the incorporation papers and on February 7th, 1951 the club was officially incorporated under NYS law as the Hudson Power Boat Association, Inc.
Until the building on the riverfront could be renovated, meetings were held at the Paramount Grill in Hudson. The original articles of incorporation contained some of the goals of the club, not much different than our current mission statement: to serve the interests of boating enthusiasts, defend boaters against discriminatory legislation, prevent pollution, and promote general interest in boating among area citizens. The price of buying the property ? $ 150.00 !

By July 29, 1951 the club was holding its first races at the Ferry St. site. Class A,B, and C Hydros and Class C Service runabouts were raced with prizes from $5. To $20. For 1st place winners. The snack bar was open and the club was in its first season ! Our present day ‘trophy case’ located in the club room contains trophies and items from that era.

This year, a video from that time, 1954, was posted on our website. It is from the Glenn Wheeler family and is a color film showing activities at the club and on the river. Plenty of wooden boats and members from that year, a truly different time on the river.

During those early years, most of the riverfront, as was the case throughout the Hudson Valley, was industrial. The boat club was surrounded by large oil tanks and dilapidated brick warehouse buildings. The waterfront was sadly neglected as communities turned away from the river and looked towards the suburbs. The river had always been a working river and few working class people had boats or the time to enjoy them. As America’s middle class grew so did the availability of plywood and fiberglass production boats that were affordable and trailerable. Growing families had the time and resources to explore the river and get into boating as a family activity.

The HPBA has always been a working boat club, with members working a set number of hours each year to maintain the club and build and repair docks and the facility. During these early years, members with various skills were able to expand the dock capacity and improve the clubhouse and grounds. This tradition is generally carried on today with members maintaining the facility themselves.

This was the same situation as at other ‘boat clubs’ up and down the river. The 1950’s and 1960’s were years of steady improvement at the club. For many years it was the only non-industrial use of the riverfront and provided area residents with a look at what could be possible ‘down by the river’. It has been the center of river based activities in Hudson.

Not a great deal is known about the club during the 1950’s and 1960’s, but small racing boats and organized racing subsided and larger cruising craft became more popular. Photos from that time show a few dock fingers perpendicular to the shore, and some dockage right around the club building itself. Cruisers and smaller boats were still wood construction for the most part. The club burgee still has the same design as present day. The ‘blessing of the fleet’ seemed to be a popular event with attendees dressed up and families in attendance. 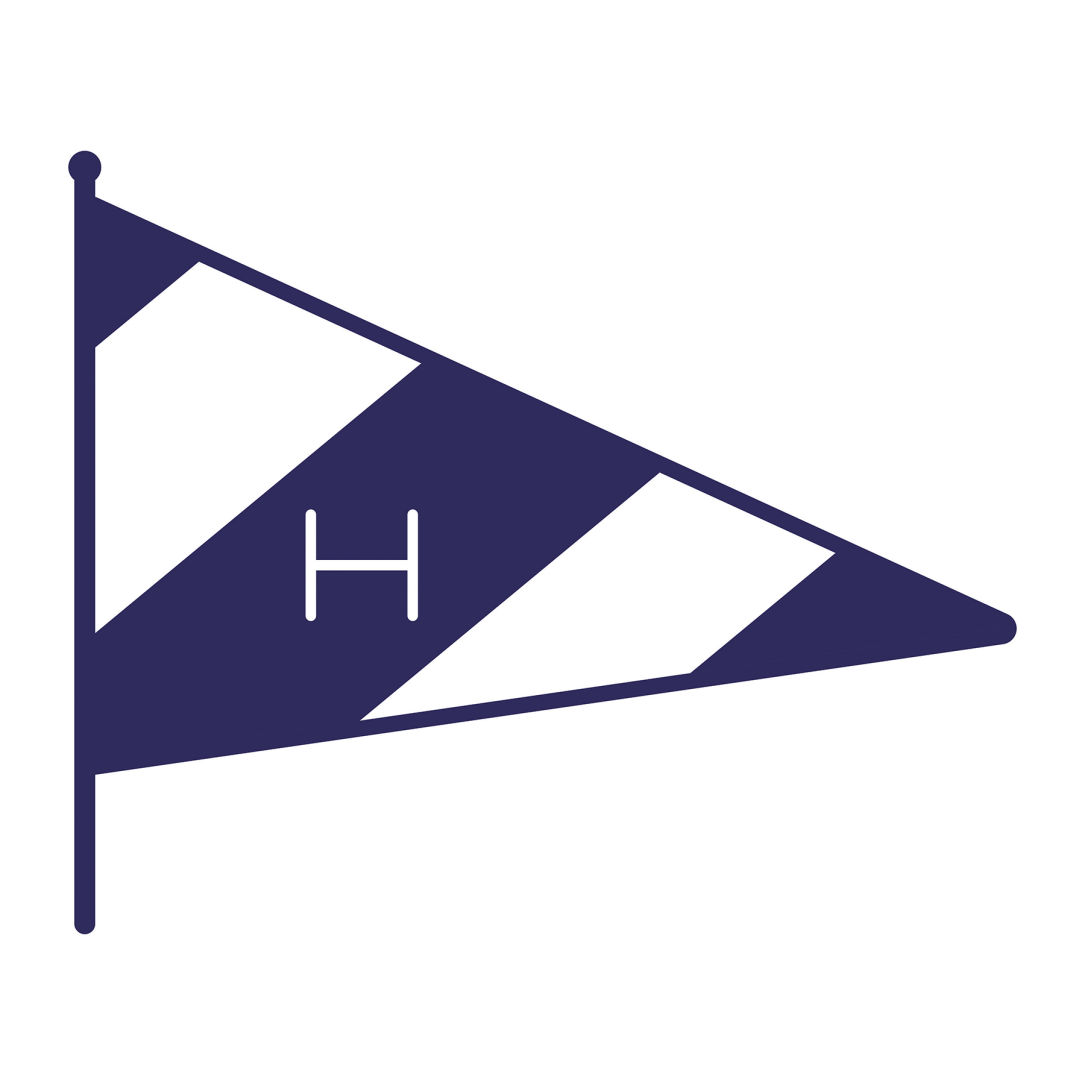 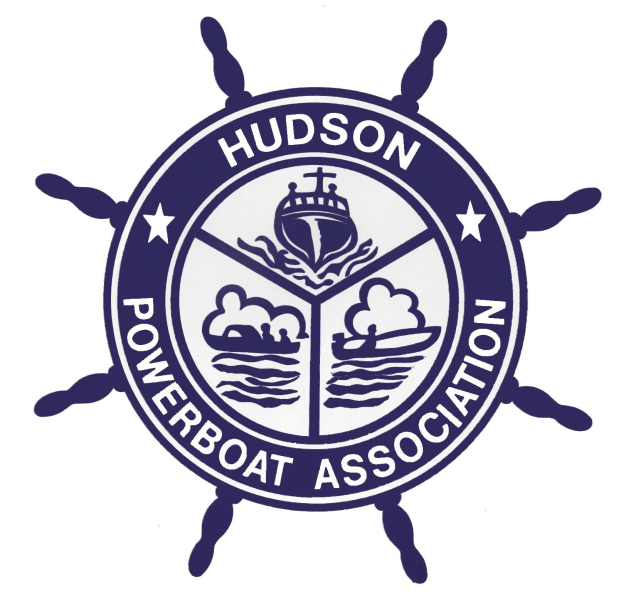 The area just north of the club was vacant post-industrial land with fishing shacks and fishing boats tied up and lots of old dock pilings sticking up out of the river. Some of this can be seen in the old movie ‘Odds Against Tomorrow’ starring Harry Belafonte and released in 1959. A lot of scenes from the movie were shot on the waterfront, and from Promenade Hill. Oil tanks and old warehouse buildings are prominent. The movie ends with giant petroleum tanks exploding on the riverfront. Luckily, the power boat association survived !

A big change came to the Hudson riverfront in 1968 when the state built a boat launch and large parking lot just north of and adjacent to the clubhouse and ferry slip on vacant blighted land. Prior to this, club members launched their boats via a hoist erected over the old ferry boat slip or, for larger boats, from improvised ramps around the area. The only dockage was situated just around the perimeter of the clubhouse. The boat launch ramps and parking facility, along with the steel bulkhead and a small park connected to the Ferry St. bridge, greatly improved river access to people with trailered boats and improved the overall appearance of the waterfront. The first improvement since the boat club was born. This area saw many community events hosted by the city and local organizations, usually augmented by our club.

The ‘rediscovery’ of the river was bigger than Henry Hudson’s initial sighting. Concerts, fairs, boat tours and civic events of all kinds took place at the ‘boat launch’. It was a public space and more and more folks could easily drive down to the river and take in breath taking sunsets and foggy sunrises.